Data harvesting is standing out as an ultimate need especially due to the political structure of the agriculture development of Nepal.

The Federal Democratic Republic of Nepal is structured with three levels of governments having 761 federal units including one federal union, seven provinces, and 753 local units. They share respective and concurrent power for specific mandates. The key to uncertainty in collaboration and coordination is due to the lack of an inter-governmental coordination mechanism. This uncertainty directly impacts citizens with unnecessary and excessive hassles.

We are trying to solve this by creating "Distributed Ledger Technology (DLT)" for the government. We are building a software-based network infrastructure of Government that shares data across their agencies without any legal implications.

Recently, blockchain is emerging as technology for decentralization and distribution of digital ledger which is actually a type of Distributed Ledger Technology (DLT). We witnessed Blockchain as an effective tool for digital currency to the food supply ecosystem. Hence, we are envisioning DLT with governed administration. It has better scaling opportunities that open up all the possibilities from service delivery to scaling the digital economy in Nepal.

"Informal Economy" is one of the biggest pulldown factors of development of farmers and economically poor population. We are foreseeing Distributed Ledger as a technology that can ease accessibility of farmer/citizen to government services which ultimately helps farmers/citizens to formalize their economic activities. 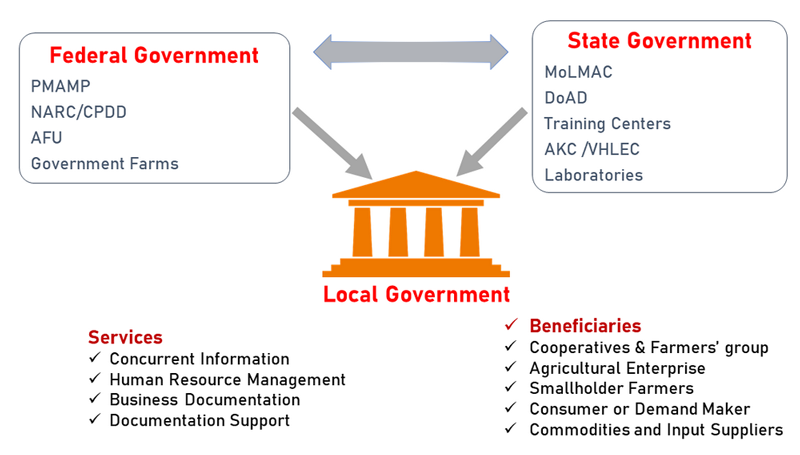